A Theory of Rage

Have you ever been cut off while driving and found yourself swearing and laying on the horn? Or come home from a long day at work and lashed out at whoever left the dishes unwashed? From petty anger to the devastating violence we see in the news, acts of aggression can be difficult to comprehend. Research has yielded puzzling paradoxes about how rage works in the brain. But a new study from Caltech, pioneering a machine-learning research technique in the hypothalamus, reveals unexpected answers on the nature of aggression.

The hypothalamus is a brain region linked to many innate survival behaviors like mating, hunting, and the fight-or-flight response. Scientists have long believed that neurons in the hypothalamus are functionally specific—that is, certain groups of neurons correlate to certain specific behaviors. This seems to be the case in mating behavior, where neuron groups in the medial preoptic area (MPOA) of the hypothalamus, when stimulated, cause a male mouse to mount a female mouse. These same neurons are active when mounting behavior occurs naturally. The logical conclusion is that these neurons control mounting in mice.

But when looking at the analogous neurons that control aggression in another part of the hypothalamus, the VMHvl, researchers found a different story. These neurons could be stimulated to cause a male mouse to attack another male mouse, yet they did not show specific activity when the same neurons were observed in naturally fighting mice. This paradox indicated that something distinct was happening when it came to aggression.

Now, a new Caltech study provides insight into the unique neural mechanisms of anger and shows that more aggressive dispositions are codified in the mouse brain's circuit dynamics. The research appears in the journal Cell on January 5 and was conducted in the laboratory of David Anderson, the Seymour Benzer Professor of Biology, Tianqiao and Chrissy Chen Institute for Neuroscience Leadership Chair, a Howard Hughes Medical Institute Investigator, and director of the Tianqiao and Chrissy Chen Institute for Neuroscience. The study is part of a continuing collaboration with Ann Kennedy, a theoretical neuroscientist and former postdoctoral fellow in the Anderson lab, now an assistant professor of neuroscience at Northwestern University.

"We used machine learning to fit a dynamical system model to recorded neural data from mice," Nair says. "Essentially, the dynamical system acts like an artificial mouse brain in a computer which reflects our experimental observations. We then studied this model in depth to learn how these hundreds of neurons talk to one another. By applying dimensional reduction and other analysis techniques from physics, we were able to finally see the neural signals and computations causing aggression."

The analysis revealed a "line attractor" in the brain—a mathematical representation of a pattern that emerges from complex neural systems. When graphed in an energy landscape, the line attractor forms the shape of a trough. Though the trough is not a physical structure in the brain, it indicates the flow of energy happening in the dynamical system. 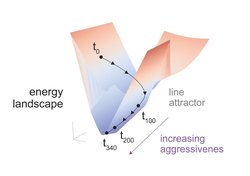 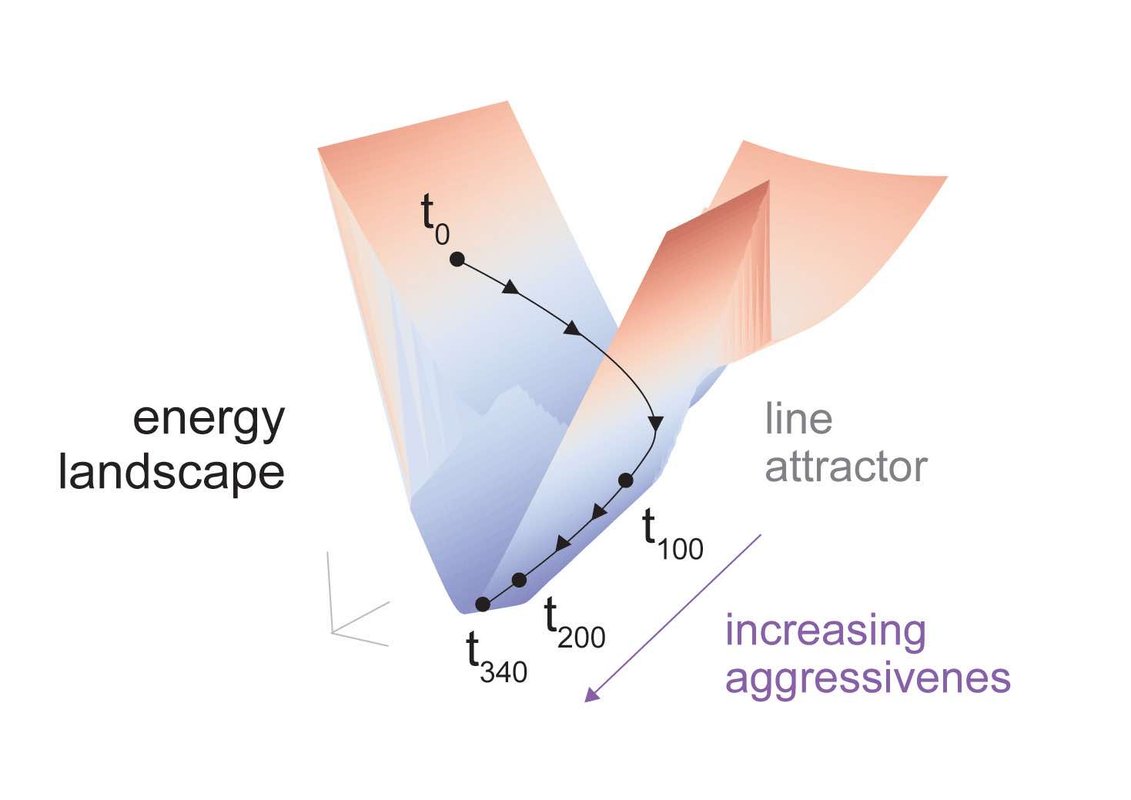 "Discovering the line attractor was exciting because it showed for the first time a neural correlate to aggressive escalation, a key finding with important societal implications," Nair explains.

Mice typically show aggressive behavior when another male mouse is introduced to their cage during experiments. Their behavior escalates from threatening displays to full-blown attack, a sliding-scale trajectory that can now be explained by line-attractor dynamics. As neural activity progresses along the line-attractor trough, the mouse's aggression ramps up. The shape of the trough makes it simple for the brain to modulate aggression—like a volume dial that can be turned up or down. If the "volume" gets too high, animals attack. This modulation may serve as an evolutionary adaptation, compelling animals to measure out displays of aggression and test the waters before going into a potentially deadly fight.

The discovery of a line attractor was also, unexpectedly, correlated with individual differences in aggression. The study's dynamical system model showed that mice that became angry and attacked more quickly had deeper line-attractor troughs, indicating that aggressive temperaments are reflected in the brain's structure. Because these lab mice are genetically identical, these individual differences must be due to epigenetic factors, the nature of which remain to be discovered.

Though attractor dynamics have been discovered in "higher" brain regions such as the cortex or hippocampus, often linked to motor control and memory, this study is one of the first to use a dynamical systems approach to understand social behaviors in the deep brain.

Could attractor dynamics be the driving force behind other internal emotional states? Do we control our emotions, or do they control us? The findings in this study evoke questions and future directions for research, open the door to therapeutic drug development for emotional disorders, and elevate our understanding of how the hypothalamus encodes aggression.

The paper is titled "An approximate line attractor in the hypothalamus encodes an aggressive state." In addition to Anderson and Nair, co-authors include former Caltech postdoctoral scholar Tomomi Karigo; postdoctoral scholar Bin Yang (PhD '22); Surya Ganguli, Mark J. Schnitzer, and Scott Linderman of Stanford University; and Ann Kennedy of Northwestern University. Funding was provided by the Howard Hughes Medical Institute, the National Institutes of Health, and the Agency for Science, Technology and Research of Singapore. 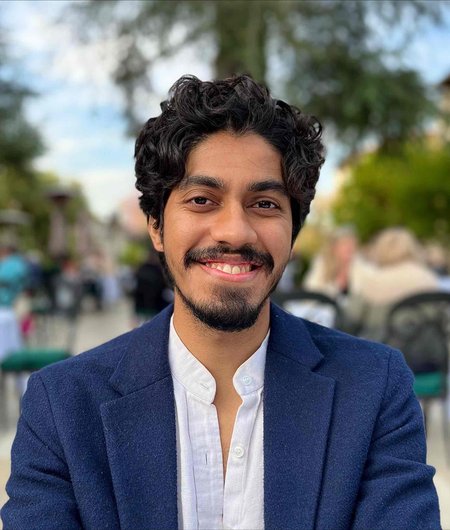 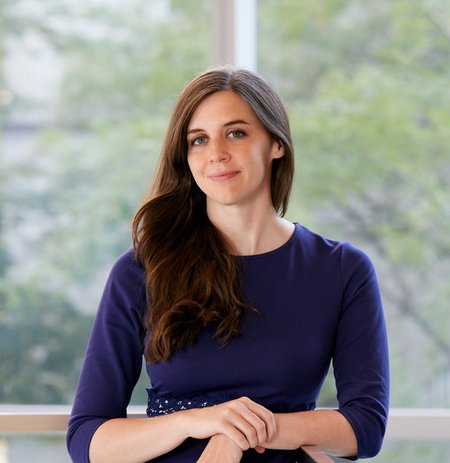 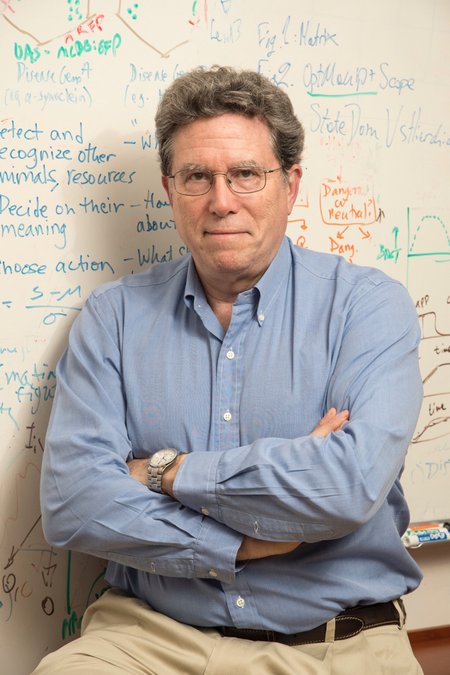